Photo editors have become very popular in a time when selfies and social media photo sharing are so regular. So in addition to professional photographers and graphic designers, there is a need for these image editing programs among basic users and beginners as well. We’ve considered different needs and skill levels to present our list.

Some important features and options should be considered when selecting a photo and image editor application.

Adobe Photoshop is reviewed and recommended by experts and professionals as the most advanced photo editing application. 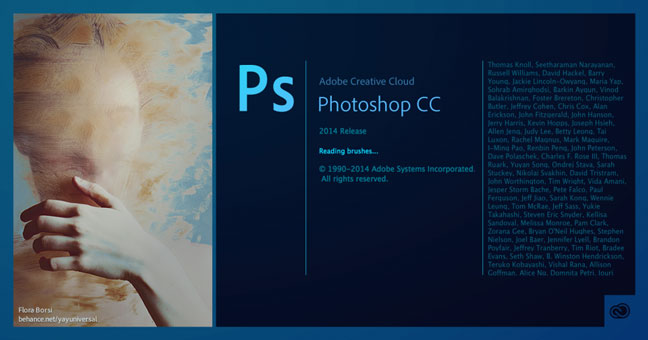 Adobe Photoshop CC could be used through different plans: Photography Plan ($10 per month), a standalone product ($20 per month) or along with other Adobe applications available in the Creative Cloud membership ($50 per month).

Adobe Photoshop CS6 could be purchased with a one-time payment for both OS X and Windows users.

And people who want a cheaper version of the program with more focus on enhancing and fixing photos could use the Adobe Photoshop Elements. The latest version could be purchased for $59 from Amazon.

GIMP is a free and open-source image manipulation software which is used by many illustrators, photographers and graphic designers as an alternative to Adobe Photoshop. This image editing tool is cross-platform meaning that it could be installed on Windows, Mac, Linux and FreeBSD.

GIMP supports lots of file formats including special formats like multi-color-depth and multi-resolution Windows icon files, and also the common ones such as TIFF, JPG, BMP, PNG and GIF. Users could also import Photoshop project files (PSD) into the GIMP software. Even more image formats could be opened by the program with using the program plugins. 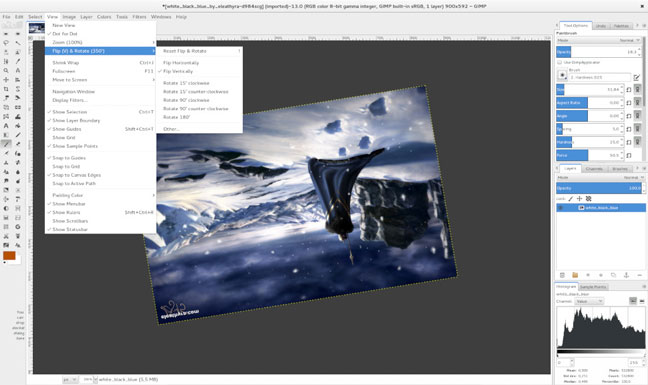 Users could download the GIMP application, its user manuals and tutorials from here for free: http://www.gimp.org/downloads

As a photo editor for both professionals and beginners, PhotoPad is one of the easiest editing applications to learn and use. All the normal tools such as drawing and painting tools, shape, selection, rotating, cropping, resizing, red eye removal, adding captions and texts and so on are offered by the software. 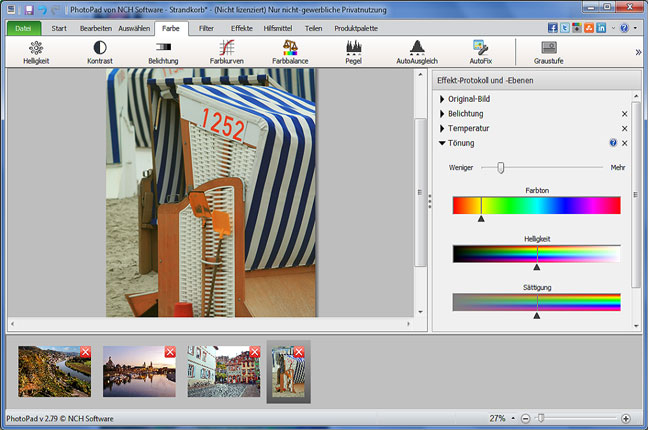 There are options to adjust the contrast, brightness, exposure, levels and balance of color. Edited images could also be uploaded to Flickr and Facebook directly by the users.

All Windows versions (including 64-bit editions) from XP to Windows 10 are compatible with PhotoPad. The program could also be downloaded for Mac OS X (version 10.4.4 or higher) as well. There are two editions of PhotoPad available: Home Edition ($29.99) and Pro Edition ($34.99).