One of the worst things which could happen to many people in today’s world is losing important information and data on cell phones and tablets. But it’s a great relief to know that there are powerful data recovery tools in the market which could undelete formatted or deleted files and data on Android devices.

Today, Android gadgets play a very important role in our lives, containing so many personal and business items such as contacts, photos, notes, calendar events, text messages, videos, and so on.

The following software products are selected from numerous paid and free products in the market. They work for almost all Android tablets and smartphones meaning that brands and models such as Sony, Google Nexus, Samsung, Huawei, HTC, ZTE, Motorola, LG, and so on are all compatible with them. 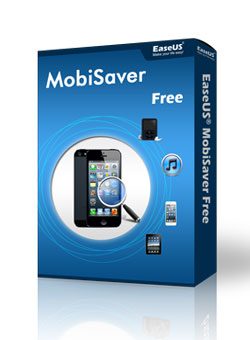 The ranking item in our list is EaseUS MobiSaver which is a great recovery tool for Android devices – as well as iPhone cellphones. Users don’t face any difficulty when trying to recover data using MobiSaver. All they have to do is connecting the cell phone or tablet to the system running the program using the USB cable. Next steps are scanning for the deleted files and then undeleting them. That’s it.

The software could be used to get back various file and data formats including text messages, phone logs, video clips, WhatsApp messages, and so on.

Trial versions of the software could be downloaded to try the software for free. Buying it for Windows costs $59.95 while the price is $79.95 for the Mac compatible edition. 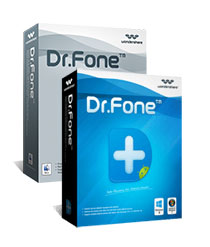 Many software review websites and experts recommend using Dr.Fone by Wondershare to restore lost data including images, audios, call logs, documents, and more. After scanning for all the recoverable files on the device, the software enables users to preview and select desired files to be restored. Dr.Fone works for both Android and iOS powered devices. 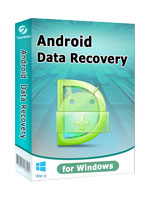 This useful software for Android recovery by Tenorshare offers features such as restoring tools for deleted contacts, messages, call history, photos, PDF and document files, WhatsApp messages, etc. The software could still undelete files in extreme cases such as unlocked bootloader, flashed ROM, phone restored to factory settings, and rooted devices. Sometimes some of or all data could be lost in these situations.

Like many great similar recovery tools preview options are provided by the software. In addition, export features (including XLS, XML and TXT formats) are also included.

The paid version of the Tenorshare restoring software for Android retails for $59.95 for Mac and $39.95 for Windows systems. The trial version of the software could also be downloaded for free.

7-Data is one of the best names in the market when it comes to data restoring and recovery tools. The Android product of 7-Data is providing most common features such as scanning for deleted media files and restoring them, compatibility with most Android devices with different models and brands, etc.

The software supports Windows based PCs and comes with different licenses. The most common ones which are 1 year and lifetime licenses cost $39.95 and $49.95 respectively. The company offers free technical service through email and software upgrades for free.

This free software could be used to retrieve lost data from most storage devices such as MicroSD, SD Card, external or local hard drive, USB Flash, etc. The iCare utility is also able to recover data after memory card or hard drive has been formatted. Another great feature of this recovery tool is that according to the official website the scanning speed of it is up to three times faster compared to other similar products in the market.

So using iCare tool is a free and great way to take back deleted files such as videos, audio files and images from Android cellphones memory cards. The free version of the software is limited to up to 1GB of files recovery.

iCare software could be downloaded and installed on Windows computers (including Windows 2000 up to the latest version of Windows 10).