How to Put a Banner on a Shield in Minecraft

Minecraft shields are useful tools which come in handy especially in combats. But that’s not all things cool about them, because you could customize them as well with your banner. Read on to learn how to combine a banner and shield in Minecraft.

What is a Minecraft shield?

Shields are defensive tools in Minecraft which could be used to defend the player when facing incoming attacks.

Instead of using swords to block enemies, you could use shields to defend against enemies in combats.

Incoming attacks could be deflected with shields as well. For example, an enemy will be knocked backwards while using shields in melee combats. Or, when an enemy fires an arrow, the shield could cause finally damaging the enemy due to the ricochet effect.

But many users like to put their favorite banners on their shields. That’s possible in Minecraft and you could combine these items with a simple instruction.

Just combining a banner and a shield in case you have both of them ready is really easy.

Use the following steps to do the task:

But before using your newly designed shield you might want to rename it. That’s not difficult too. Just use a Minecraft anvil to rename the shield with your banner.

Now, while having a shield with a custom design as shown above sounds pretty easy, for many users finding a way to craft a shield or create a banner from scratch is really a hard work. 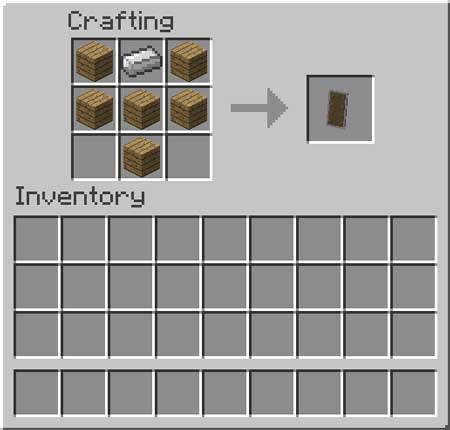 Continue this tutorial to learn those stuff if you have difficulties in those areas as well.

Craft a shield in Minecraft

If you don’t have a shield yet, you need to make one using simple ingredients: an iron ingot and six wood planks.

To better understand the process, you could watch this video from YouTube.

Now, you could customize your shield with any banner design you like with the instructions mentioned above.

But don’t worry if you don’t have any banner yet. We’ve thought of a way to fix that issue for you too.

Banners in Minecraft follow a simple rule: since they’re made from wool, the banner design is largely influenced by the wool’s color.

The next thing to consider, which is really important, is choosing a design for your banner.

You could follow the steps shown in this video to make banners with some cool designs:

Now that you’ve learned all the tricks there in creating banners and shields and combing them, enjoy your pixelated combats even more.