As a Minecraft player you might have heard about the Smite and Sharpness enchants but don’t know what the difference and usage details of these two enchantments are. Here we explain about both.

Knowing that Sharpness and Smite are mutually exclusive, meaning that they are incompatible and cannot be used on the same item together – also incompatible with Bane of Arthropods enchant as well.

With that in mind, let’s learn more about these enchants so that you could better decide which is more suitable based on your Minecraft gameplay situation.

What is Smite enchantment? 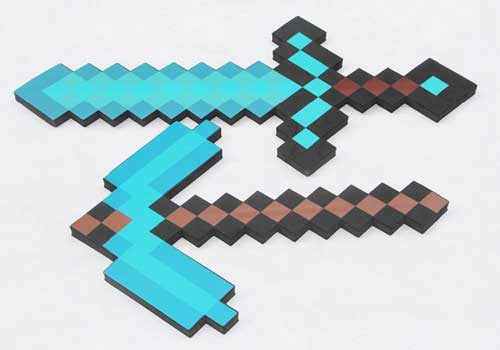 Applied to an axe or sword, Smite enchant could increase the attack damage to undead mobs in Minecraft, including husks, strays, zombies, skeletons, etc.

The enchantment has 5 levels and you could calculate the hit damage by adding 2.5 extra damage for each level of Smite.

What is Sharpness enchantment?

Unlike Smite, Sharpness could be used for any enemy when it’s applied to an axe or sword.

Calculating the damage is a little bit more tricky here. In Bedrock Edition, there is 1.25 more damage for each level of sharpness (max. 5 levels), whereas in Java Edition, the extra damage could be calculated by this formula: 0.5*level+0.5

How to enchant a weapon?

In Survival mode, to enchant a sword or any other item you have two ways: through an ‘anvil’ or an ‘enchanting table.’

You could also get already enchanted items using several methods such as through fishing or trading with a villager.

More about Minecraft enchants could be found all over the web. 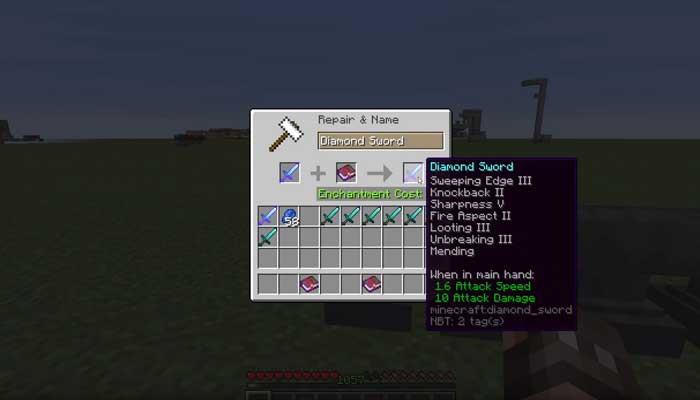 Both of these enchantments could be applied to all sorts of axes and swords such as Netherite, Diamond, Iron, Stone, Gold or Wooden. But, as mentioned above the usages are different with different damage powers.

Now, if you can’t decide between Sharpness or Smite, you better consider it this way: considering your gameplay, if you’re dealing with a variety of mobs, compared to just undead mobs, then it’s better to choose Sharpness. That’s because it could better be used for any enemy, not just one type of them.

On the other hand, if you think your main enemies are zombies, skeletons or other undead mobs, then go for the Smite enchant since it could deliver more damage to targets depending on its level. 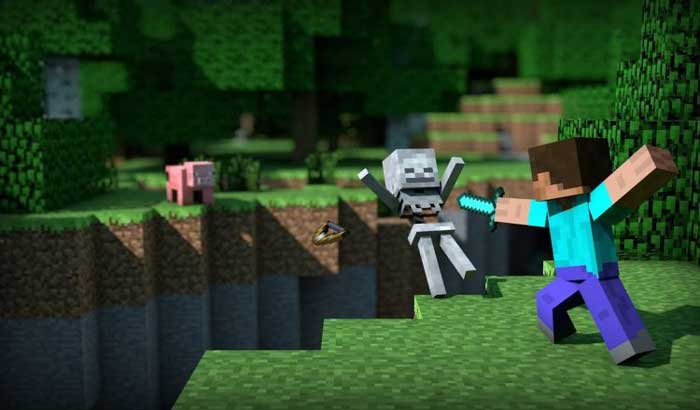 Deciding might be a little harder when you know that you should only pick one of these two enchantments; unless, somehow you’d like to combine the effects of both.

Unfortunately, that’s not possible through using ‘Commands,’ although according to some Minecraft wiki sources that could be done, many users haven’t been able to accomplish that in their games.