Many users still think that Linux powered systems lack one important feature and that’s gaming. If you are one of them, soon you’ll be proven wrong and see that many great video games are available for Ubuntu, Mint, Debian, Fedora, CentOS, openSUSE and other Linux distros.

Here, we selected ten of the best Linux games which are free of charge, and in addition, most of them are open source.

If you are a fan of the Civilization game series and want to experience a very similar gameplay on a Linux system, then Freeciv is for you. Freeciv’s graphics and gameplay are very similar to Civilization II and as you might guess, both single and multiplayer options are available.

In this empire-building turn-based strategy game players lead their civilizations through history and compete against each other.

The game is open source and free and available in more than 30 languages. In fact, in addition to Linux distros you could play Freeciv in most other operating systems.

Glest is a real-time strategy game which is available as both free and open-source.

The gameplay is about Tech and Magic, two very different factions having their own set of buildings, units and upgrades. Tech includes human warriors and mechanical devices whereas Magic is mainly composed of magicians and summoned creatures.

Glest comes with a map editor and game elements are defined in XML files. Moreover, it supports user-created mods and could be played in both multi and single player modes.

Glest has been developed by a Spain based team.

Frozen Bubble is very similar to the popular game “Puzzle Bobble”. Although this free game is very simple but it could entertain you for hours by its attractive graphics and gameplay. Frozen colored bubbles are fired randomly on the board, and you should pop them by shooting bubbles into the same color bubbles group.

You could play the game in the single or multi player (over the LAN or the Internet) mode. The single-player mode consists of 100 levels.

Frozen Bubble game include many sound and graphic effects, and comes with a level editor.

Flight simulation games have their own fans and players and if you are one of them, we have a great choice for you to play on your Linux enabled machine (and other platforms as well). The first version of the FlightGear game was released in 1997, and its developer has been offering the game free and open source since then.

Many other flight simulator games such as Pro Flight Simulator and Flight Pro Sim have been developed by other companies as commercial copies of FlightGear.

No.5: The Battle for Wesnoth

If you’d like a fantasy setting in which you could play turn-based strategy game with lots of factions and campaigns, then The Battle for Wesnoth is a great choice for you.

The gameplay include building controlling villages, building powerful armies and different battles. Some players find some similarities between this game and Warsong or Master of Monsters games. You could play the game in single-player mode or use the multiplayer mode to play with your friends over Internet or LAN.

The Battle of Wesnoth is available free game for Ubuntu, Debian, Fedora, OpenSUSE, SteamOS, Arch Linux and most other Linux distributions.

Car racing game lovers who want to play such games on a Linux device won’t be disappointed since there is a great option for them. The Open Racing Car Simulator (or TORCS), as it is obvious from its name, is a car racing simulator with 3D features and released for a wide range of platforms including Linux distros, supporting 64 bit systems.

TORCS was selected the best open source racing game by Linux Journal in 2007. Developers of TORCS are working on online racing options for future versions.

Hedgewars is another strategy artillery game which is available as open source and free. Like WarMUX and Worms, you battle with a group of hedgehogs against other groups or computer. Game maps are generated randomly and there are a wide range of tools and weapons used in the game such as bazookas, shotguns, land mines, dynamite, parachutes etc.

Players are also allowed to customize hedgehogs or teams and change different features of the game.

In addition to Linux, Hedgewars game could also be played on other platforms including Windows, Andoid and iOS.

It’s very unlikely that you haven’t heard of Minecraft, the popular block sandbox game. Well, Minetest is a game heavily inspired by that game. The big difference is Minetest being free and open source. Minetest could be run on most operating systems.

Players can build and craft stuff from raw materials in shapes of blocks using provided tools. There is a great online community supporting the game providing translations, help and so on.

Minetest is also a game engine and has many popular forks – games that are based on Minetest but with some core changes – as well. Freeminer and Voxelands are two examples.

Urban Terror is a FPS (first point shooting) game which first released as a Quake III Arena mod in 2000, and gradually was formed into a standalone game throughout the years.

Frozen Sand, developer of the game, call this game a “Hollywood tactical shooter.” Elements from games such as Unreal Tournament, Counter Strike and Quake III Arena are blended into the game along with strokes of realism: realistic damages, limitations for carrying weapons and tools, environments with weather effects and so on.

TF2 or Team Fortress 2 is a team-based FPS game which only could be played with other players and is, of course, free-to-play. The first release of the game (as part of another game) was in 2007 for Xbox 360 and Windows. The first Linux version (as a standalone game) was released in 2013.

There are nine character classes such as engineer, soldier, medic, etc. – each with different features and weapons – in two teams which players could select and battle with each other.

Many aspects of the Team Fortress 2 game including gameplay, humor, and art direction has received critical acclaims. 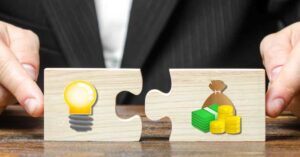 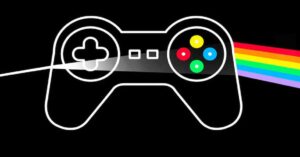