How to Make Circles in Minecraft (Guide + Circle Chart)

Making circles in a world where everything is made of squares might seem impossible. If that’s also what you think then read on our Minecraft circles’ guide to learn how to make things which are shaped like circle – or at least very similar to it.

Before continuing to the rest of the guide, it’s good to note that if you’re in need of some PDF to JPG converter, you could check out the software we just mentioned.

Since we need to make circles using pixels, which are obviously just tiny squares, we need some chart or template. This way, we could make Minecraft circles using the guide in front of us.

The trick is simple. We could use Windows Paint, or any other simple image editing software we have access to. Using these programs, we could draw circles and by viewing circles in details, we could learn how to use pixels to build circles.

If that sounds complicated, let us explain it more.

The first thing you should do is to open Paint application in Windows. Users with macOS devices could find similar free programs (such as Paintbrush) on the web and download them.

Try to find the circle shape (or alternatively, oval, depending on your Windows version) in the Shapes tool. 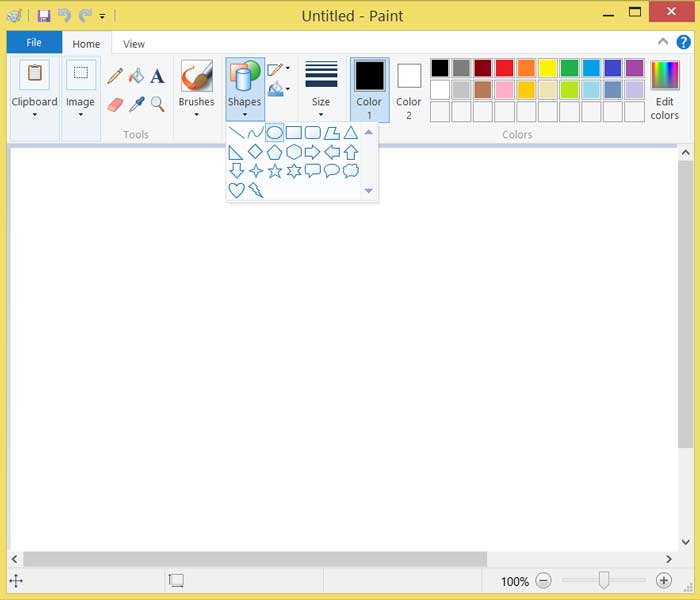 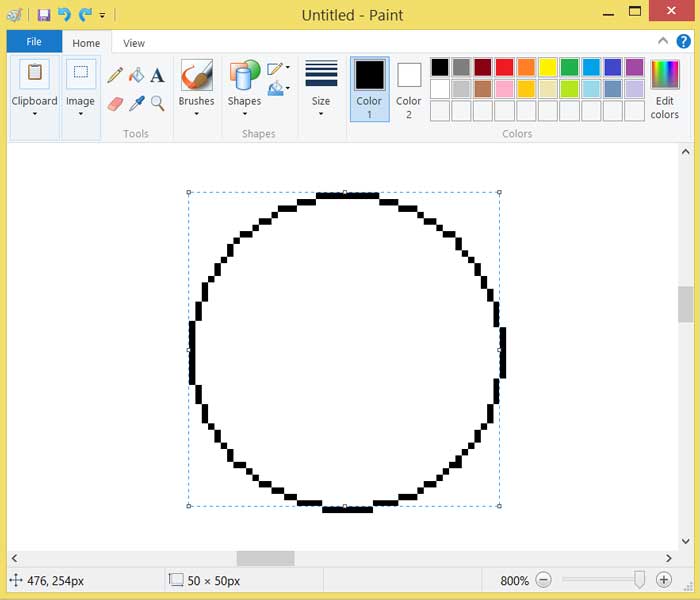 You could see the circle size (in pixels) in the bottom of the screen. Next, zoom in to better view the circle you’ve created. As you could see now, blocks could replace pixels in this circle shape in order to build any circle-shaped thing in Minecraft.

How to make circles in Minecraft

The circle’s diameter is one of the first things you should decide, when you thing of making a circle in Minecraft.

That’s because from that point you could plan your next moves, which are basically designing a template, we mentioned earlier, and calculating the required number of pixels (translating to Minecraft blocks) and their positions.

An important thing to remember is that as you might have noticed by now, the bigger your circle, the more it will be like an actual circle. And the reason is simple. Just as with device screens, the higher resolutions means higher quality, because of the higher number of pixels used to render images and shapes on the screen.

Well, there exist some commands which might help you get the circle you want more quickly, but that doesn’t mean using them is easy, especially for beginners.

So, if you’re just starting to play Minecraft you might consider building the blocks to create the circle by yourself, without using any command, since this might make playing the game more enjoyable for you.

How to make spheres in Minecraft

Building a sphere in Minecraft is more difficult than building circles. That’s because another dimension is there to consider when building a shape which should resemble a circle from any aspect.

One way of making Minecraft spheres is starting from the smallest sphere in the center and then adding blocks layer by layer.

The work should continue as long as you haven’t reached the size you want. Although this method is very time consuming and requires lots of accuracy, but it doesn’t mean that it isn’t possible.

We recommend watching some video tutorials which could help you better understand Minecraft spheres and how to build them in the game.

Similarly, you could take what you’ve learned by building circles in Minecraft and apply it to any other more complicated shapes such as balls, domes, arcs and towers in the game.

In the end, we’d like to leave you with a Minecraft circle chart which might be helpful for you. 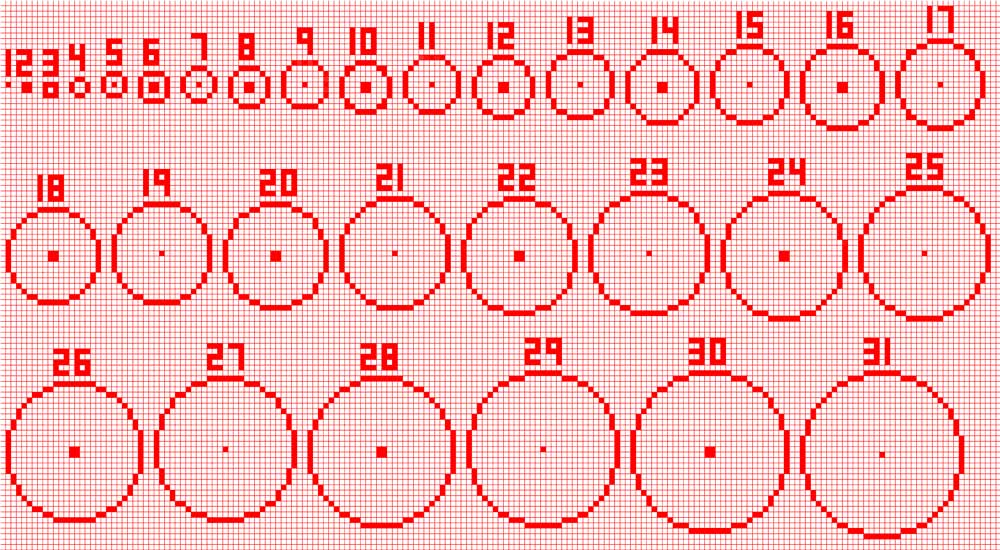