A better Wi-Fi connection is what many users seek for their laptops, Android or iOS (iPhone/iPad/etc.) devices. Here we discuss some methods to boost Wi-Fi signal in home or office environments.

Here are 4 general methods to boost wireless signal, ordered from easy (and free) to somehow difficult (and in some cases expensive):

Using higher frequencies such as 5GHz instead of 2.4GHz frequency band which is commonly used routers and other devices could give better results in terms of performance and coverage. That’s because in 5GHz band there would be less frequency interference due to other Wi-Fi routers and systems.

It is quite simple to switch the signal frequency especially if the network router is dual-band. Just access the router’s settings and find the right option in menu for wireless frequency adjustments.

Similar to frequencies, routers communicate to wireless devices through different channels. So if a specific channel picked by the router to transmit data is used by many neighboring Wi-Fi routers, this could cause wireless signal congestion.

So it is always to set a channel for the router which is used less by other routers in the vicinity. Typing ‘netsh wlan show all’ in Windows command prompt could display valuable details including channel and frequency (e.g. 802.11g, 802.11n, etc.) about the nearby Wi-Fi networks.

In fact, the Wi-Fi coverage is greatly affected by where the router is placed. That’s why, the farther the wireless router is from obstructions and walls the better. Unlike wired routers which cause no problem being placed somewhere out of sight.

In general, open spaces or higher altitudes (e.g. top of a table or shelf, mounted on a wall, etc.) are better places for wireless network routers.

And obstructions aren’t always physical such as walls or furniture. As a matter of fact, wireless performance of the router could be impacted by electronics or heavy-duty appliances running nearby as well.

Also, in order to boost wireless signal, router’s external antennas – if there are any – should be vertically oriented.

But not always it is so easy to determine the optimal place for a network router. Through network coverage visualizations provided by numerous tools and apps available online it is a way more simpler task to find the best place in home or office in order to get the maximum Wi-Fi Internet.

Here are some of the top Wi-Fi analyzer and booster apps for Android devices.

Similar Wi-Fi boosting apps for iPhone, such as OpenSignal and Network Analyzer, could be found on Apple iTunes Store as well.

Sometimes, especially if the wireless reception is poor on a handheld device, it changes a lot to position the gadget in the optimum place to get a better Wi-Fi coverage on iPhone and Android devices.

Network routers include a built-in software for managing and running the device such as different processes regarding Wi-Fi transmissions, different settings, etc.

In order to improve speed and performance of the router, firmware softwares are being constantly updated by manufacturers. However, based on the model and brand of the device, firmware upgrade could be very easy or somewhat difficult.

For instance, just hitting a button for ‘Update firmware’ in router’s administration interface could do the task in most current wireless routers.

But the firmware of other routers might need to be updated manually, especially if the device is relatively older. In this case, users need to visit the manufacturer’s website in order to download the firmware. More instructions might vary slightly depending on the routers brands and models.

As a general rule, it is a recommended action to upgrade the firmware regularly; even if everything seems alright and the wireless signal coverage on smartphones (Android, iPhone, etc.), tablets, laptops and other devices is good.

Software updates could include important improvements on security, management features and performance.

Before going further to the next method, which is costly due to buying equipment, we recommend trying other free techniques like password-protecting the network and rebooting the device on a schedule.

In case none of the above methods improve the performance and coverage of wireless network, the last item in our list is buying and using extra hardware or improving the current network router.

Perhaps replacing the wireless router could change a lot in providing Internet coverage for the devices connected wirelessly. That is especially true if the current one has been bought a long time ago.

Just check out the network settings for the device (Android, iPhone, Mac, PC) to make sure it supports the latest network standards before buying any new network hardware. 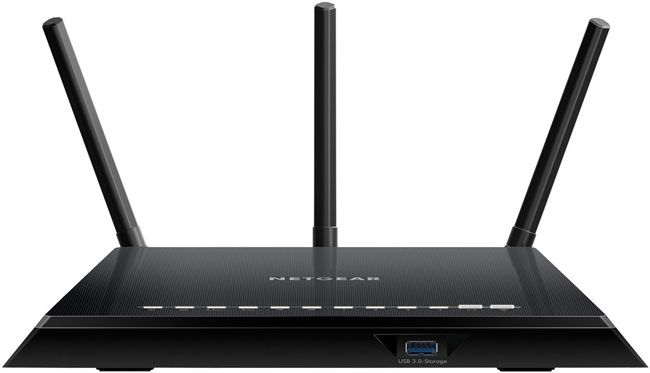 All above models support 802.11ac networking standard with up to 1,750 Mb per second data transfer rate which is a great feature especially for watching online streams or movies on iPhone or Android mobile phone.

Extra antennas could help broadcast stronger wireless signals to all directions, in comparison to the router own antenna(s). There are lots of products and models from different brands but top choices include TP-Link 2.4GHz 8dBi indoor omnidirectional antenna ($11.99) and Alfa 9dBi omni-directional high-gain antenna ($14.99).

But if the area which should be covered for wireless network is rather large, none of the above hardware solutions might help much.

In this case, it is better to buy Wi-Fi range extenders, also known as Wi-Fi expanders, boosters or repeaters. They simply resend the wireless signal sent by the main router so that weak spots in the office or house would get better wireless coverage.

APs or access points could be used alternatively when deciding to transmit signals to far distances and cover large areas with wireless internet.

More on wireless rage extenders could be found here.