Minecraft Crossbows: Everything You Want to Know

If you want to know about Minecraft crossbows or how to create them then you could read our guide. Also, we discuss useful enchantments for crossbows and a bow vs. crossbow comparison.

Minecraft Crossbows are among the great tools and weapons in the game which could be used easily get you out of a dangerous situation.

The weapon could be used for a number of purposes such as sniper operation, fireworks shooting, battles, defending against mobs, and defeating monsters.

How to make a crossbow in Minecraft?

Crafting a crossbow requires some material in Minecraft. These include: one tripwire hook, two strings, three sticks and an iron ingot.

Now follow these steps to easily create a crossbow:

How to find a crossbow

Now, if you’re in the Creative Mode of the game, you could find a crossbow in the game’s menu.

Depending on the Minecraft edition you’re playing it could be accessible through Equipment (Win 10, Education Edition, Nintendo, PS4, Xbox or Pocket Edition) or Combat (Java Edition for Mac & PC).

Moreover, a crossbow could be bought from fletcher villagers as well.

Or while progressing in Minecraft, sometimes a crossbow could be found in the chest. These are usually dropped by Piglins and Pillagers.

Also, once you have a damaged crossbow, you could repair it through anvil or grindstone.

The process is very simple: when two damaged crossbows are combined, you could get a new crossbow with more durability.

The following enchantments could be used to enchant a crossbow in Minecraft:

One of the most asked questions regarding bows and crossbows in Minecraft is which one is better.

While both weapons are very similar and could be used to shoot arrows to the enemies, there are some differences which could affect when and why you should choose between the two weapons.

In terms of power, you should consider a crossbow if you want more damage be done to your enemy compared to when you use a bow.

However, here are some situations which a bow could function better for you: 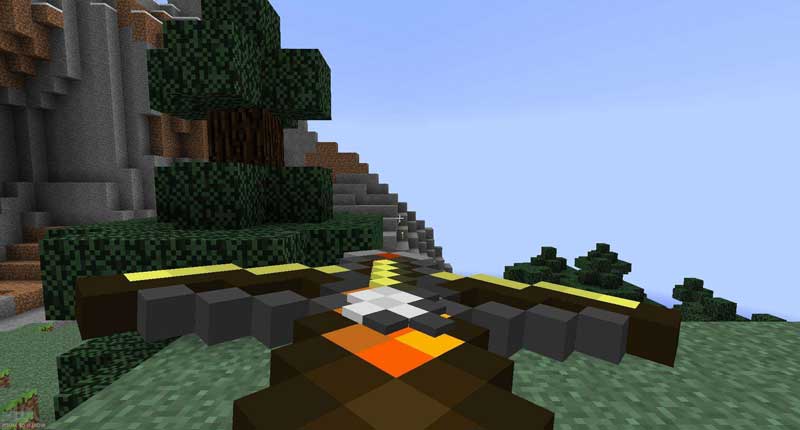 On the other hand, in these cases choosing a crossbow might be better:

Just remember that in order for your crossbow to load and work, you should at least have one firework or arrow in your inventory. Otherwise, you wouldn’t be able to use this weapon.