Suffering from frame drops problem while playing Fortnite? Want to get better FPS in the game but don’t know how? Here we present some methods to answer your frame rate related questions for Fortnite.

There are lots of reports regarding issues to FPS drops in Fortnite, especially in Chapter 2, Season 3.

Even, players on platforms such as iOS and Mac complain about similar issues as well.

Here are some methods which could fix your frame rate issue while playing Fortnite:

Close other apps on your system

Running too many applications on your PC will cause it to run slowly. It’s usually the case even for the computers with high amounts of RAM.

So, it’s recommended that when you want to play a memory-and-graphics-intensive game like Fortnite, close all background applications which aren’t necessary at the moment.

Another alternative for this solution would be upgrading your RAM, of course.

This is especially true, if we’re talking about amounts less than 8GB. So, in order to get better FPS while playing Fortnite, either close down unnecessary apps running on your system or consider buying a higher memory for your computer. 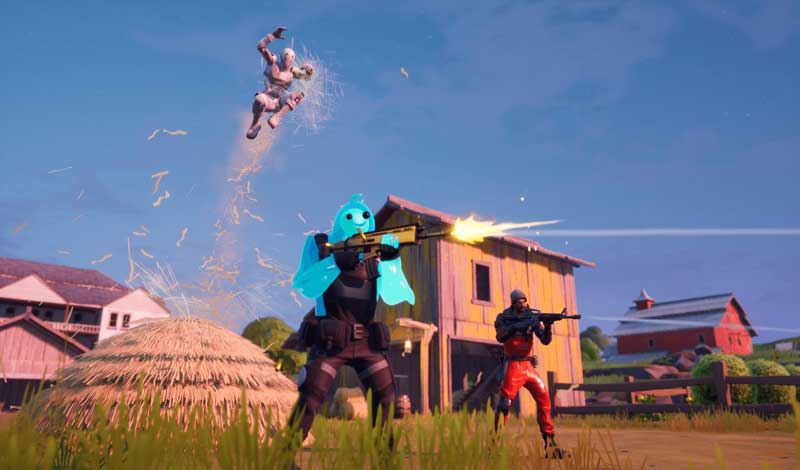 Many PCs couldn’t handle high frame rates set by some users. For instance, if in the Fortnite settings you set the ‘Frame Rate Limit’ to unlimited, then it could cause frame drops when playing the game.

So, in order to solve unwanted frame drops like in this case, you could easily set a lower frame rate for your game while not suffering too much from decreased output quality.

This could be done depending on your monitor’s refresh rate.

The highest settings of Fortnite video game might not be suitable for your computer even if it meets the minimum requirements of the game.

In other words, if the graphics settings in the game are adjusted too high it could be a reason for the issue of frame drop in Fortnite. So, lowering these settings could make lots of sense when it comes to improving the FPS in Fortnite.

In order to change the settings follow these steps: 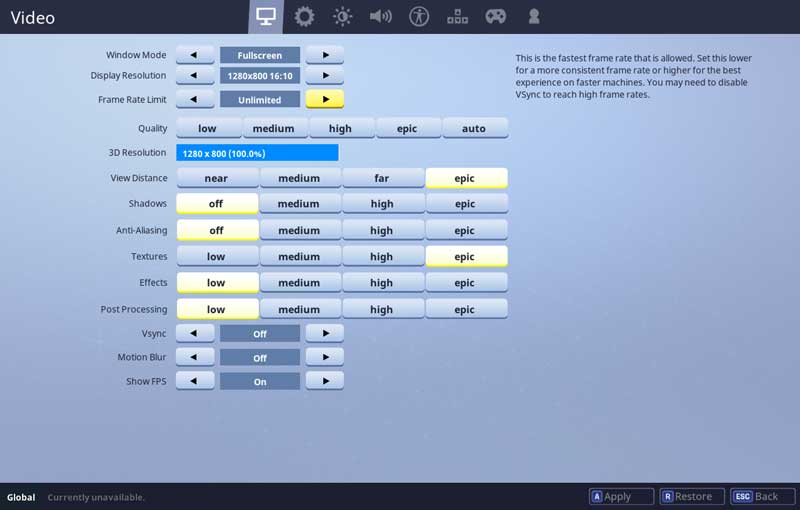 When it comes to video settings in Fortnite, ‘Vsyns’ is another important factor which could have a significant effect on your gaming performance too.

So, ‘is it better to turn off Vsync or not?’ This is the question of many gamers which have the same problem.

The short answer is that you could try both options to see which has a better effect on your FPS. But generally, Vsync could mostly cause input lag and frame rate decreasing to happen in your system.

That’s because vertical sync or Vsync is a technology which synchronize gaming monitor’s refresh rate with the game’s frame rate. It could have a smoothing effect on your gameplay, but many players also report a drop in their frame rate as well.

So as mentioned before, both options could be tried in order to decide which is setting is better for your Fortnite FPS and general performance.

Some of your issues while playing the game – including the frame drop problem – could be because the Fornite version installed on your system is much older than the current version.

That means that you have to update it as soon as possible in order to receive the latest fixes and patches released by Epic Games.

And remember that sometimes updating your game manually is necessary.

So, you could fix the problem by accessing ‘Epic Games Launcher’.

FPS drops on PS4 and Xbox

Due to the hardware and settings options difference between PC and game consoles, there aren’t much options for solving the issue here.

As a tiny help, it is recommended that console players go to the video menu and turn off the replays settings.

But don’t worry since you are still able to use the built-in software for your PS4 or Xbox, Nvidia highlights or OBS to record you gameplay.